Thanks for checking out my Cobra Radspeed driver vs LTDx driver comparison.

I played two rounds of golf and spent two range sessions with the RadSpeed and LTDx. I recorded stats with my Swing Caddie SC 300 & SC200 launch monitors. (I was also testing Ping G410 and Ping G425 irons) My driver swing is a little wild these days, but one of these drivers tamed it better than the other.

In this comparison of the Cobra Radspeed and LTDx drivers, I discuss my experience with each driver, unique features and benefits, and my pick for which driver I’d buy.

LTDx (Longest Total Distance) drivers are new for 2022. Cobra calls them “The Ultimate Distance Machine” and says they deliver “longest total distance”. But, they’re not finished. They also use words like “extreme forgiveness” in describing this driver. Basically, there’s nothing it can’t do. They’re not exactly underpromising here.

RadSpeed drivers were released in 2021. They were Cobra’s lowest spinning and most forgiving driver line at that point. They are supposed to deliver “radical” ball speed. Thus, the name “RadSpeed”.

1) RadSpeed (the one in this test)

2 Range Sessions: About 12 drives with each driver after a good warm up and hitting short irons in between. Too many driver swings in a row and I get ALL out of sync.

Drives were measured with my Swing Caddie SC300 and SC200. I only used both because I let a friend borrow the SC300 and I didn’t have it for one of the sessions.

2 Rounds on the course: I played two 18-hole rounds at my course (Longwood) spaced a day apart. (Shot 81 and 82). I played 1 driver per 9 both times and I started with the RadSpeed on the front.

Part of the difference in how they performed may be that my driver swing doesn’t get going well until the back 9. This may warrant a 3rd round.

My impressions of the LTDx and RadSpeed

Head shape: Similar, but the LTDx has a deeper crown (front to back). They both frame the ball well at address. I was comfortable and confident looking down at both.

Identical. Solid and muted. Impact feels great most anywhere on the face you make contact. Sound and feel were exceptional for both.

I give the edge to the LTDx.

My well-struck shots were a tight draw with both drivers and slight misses ended up as playable pushes or push-fades. I easily hit my normal medium-high ball flight with the LTDx, but not so much with the Radspeed.

I had to swing better and work harder to get my normal trajectory with the Radspeed. The Radspeed XB is a MUCH better fit for me. And, a different shaft may have made a difference too. (This is why you test before you buy)

First, these are both forgiving drivers.

I’m a streaky driver and I didn’t have my best stuff. I found the LTDx more forgiving and left me in better position for my second shots with my good swings and my marginal swings.

I may have skewed the testing by always playing the Radspeed on the front nine, which I usually spend finding my driver swing.

Equal on carry distance, but the Radspeed did to roll out a fraction more according to my launch monitor. Not nearly enough to matter, in my opinion.

The LTDx is a better driver for me and for most mediocre drivers, I suspect.

It was more forgiving, got the ball up easier, and kept me in good position on the course more often.

Remember, each driver has 3 head variations. This test involved 1.

The LTDx was easier to hit higher and kept me in better position for my second shots. Does this sound like something you might want? Give the LTDx a try. 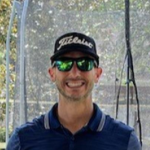